Besides, convention was attended by leaders and members of All India Pensioners Association, Members of JAC, T.Stanes & Co., HMS Union, NTC/SITRU, FCI, and Kaleeshwara Mills.Around 400 members from the above associations attended the convention.

Sri Ramakant Nargund Co-ordinator of South Zone elaborately discussed the NAC movements and the inoperative account balance and the Govt. scheme PMRPY, ABRY, and PMGKY and asked everyone to strengthen the NAC movements.

Sri.Virendra Singh General Secretary also shared the various struggles going on national level and together we all can overcome them till we reach success.

Sri. Venu Bhoopathy Organiser Coimbatore, Tiruppur, and Nilgiri Dts. All India Pensioners Association spoke and assured to Share the views of this meeting in their association.

All the speakers from other unions and associations were honored by our leaders with shawl and Garland.

Finally, Commander Sri Ashok Raut elaborately discussed the issues faced by us and the need of the hour is to overcome these struggles and to ensure achievement of our goal. He said that, as our aim is common to all pensioners, asked everyone to join hands with NAC movements irrespective of the association, union, and the political parties they belong to.

He thanked those who contributed to the arrangements of this meeting and also the participants for attending the meeting.

Press meeting was also arranged during the meeting.Before the meeting was concluded few of the retired employees of T.Stanes & Co., contributed ₹.4000/ ( four thousand )to our President Commander Sri Ashok Raut for the NAC fund.

Sri Murugaiyan of JAC, Tamil Nadu briefly talked about the activities and thanked Sri P.Balaji, Coordinator Tamil Nadu for his good coordination and delivered the vote of thanks.The meeting was concluded with National Anthem. 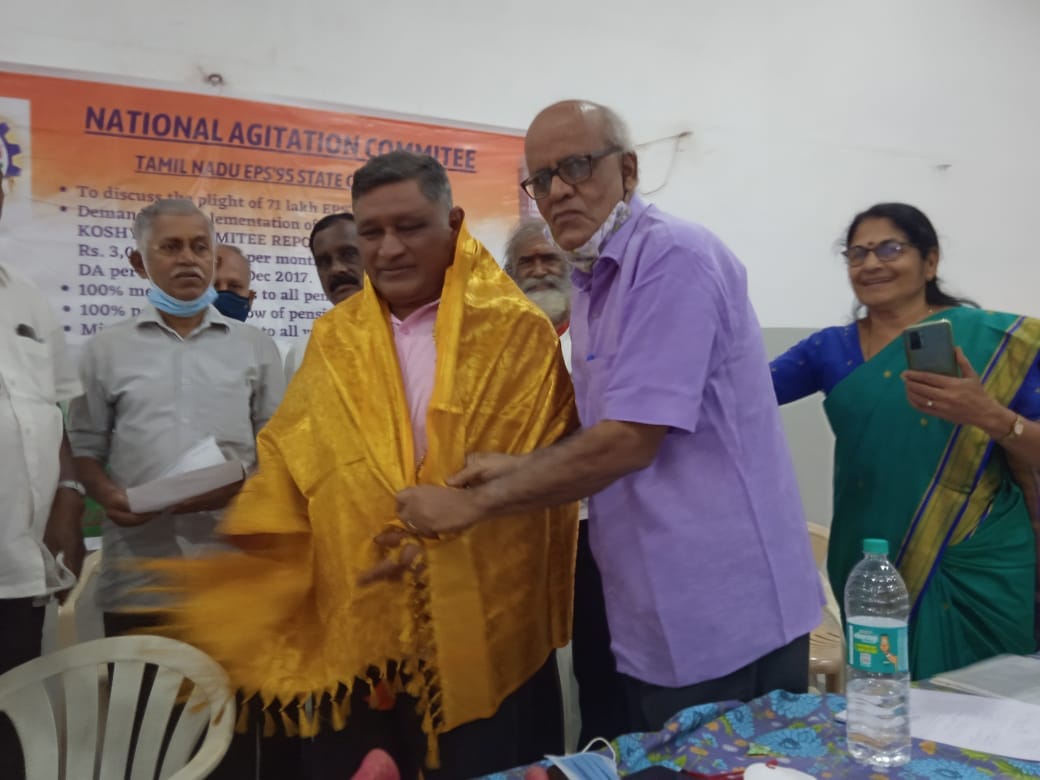