In the context of pension increase, the delegation led by Hon. NAC Chief explained the pensioners plight and necessity of increasing the pension by providing minimum pension of Rs.7500/+DA from the contribution and the interest being deposited in the available pension fund of EPFO. And along with that, the corpus will also continue to grow. On this subject,very important documents based on logic and fact were presented along with the specific evidences effectively by the NAC.

With the submission of documents, Er./Adv. Shri Kavish ji Dange presented the report of “Dange Committee” constituted by NAC under the chairmanship of Er.Shri Kavish Dange himself.

All the members present in the delegation of NAC skillfully presented the side of the pensioners in the meeting.

Hon.NAC Chief has discussed the dying condition of pensioners due to low pension amount, increasing mortality rate , promises made by EPFO, step-motherly treatment towards EPS 95 pensioners, nation wide agitational movement by the organization in last 6 years, etc.A light was thrown on various and very important issues like the assurances given by the dignitaries and the chain hungar strike in the NAC headquarters, Buldhana for the last 1143 days. The delegation put forward the arguments for increasing the pension according to the demands of NAC,to provide speedy justice to the pensioners.

The Hon. Finance Secretary, Dr.TV Somnathan after hearing the side of the NAC delegation, said that the presentation of all the issues has been done very effectively by the delegation and some special new facts have been presented, which is definitely worth considering. He specially praised the presentation of Shri Kavish ji Dange and asked the Central Provident Fund Commissioner to present her side.

Hon. Ms. Neelam Shami Rao, CPFC said that the important points presented by NAC will definitely be considered and appropriate action will be taken after considering them afresh.

In the end,the Hon. Finance Secretary ended the meeting by assuring of taking appropriate action and thanked everyone on his behalf.

Gratitude to Shri CM Deshpande, Chief Coordinator of NAC West India, who came to Delhi from Nashik (Maharashtra) for helping in the presentation of important documents.

Thanks also to the NAC Mathura team.

A big salute to NACMathura Team. 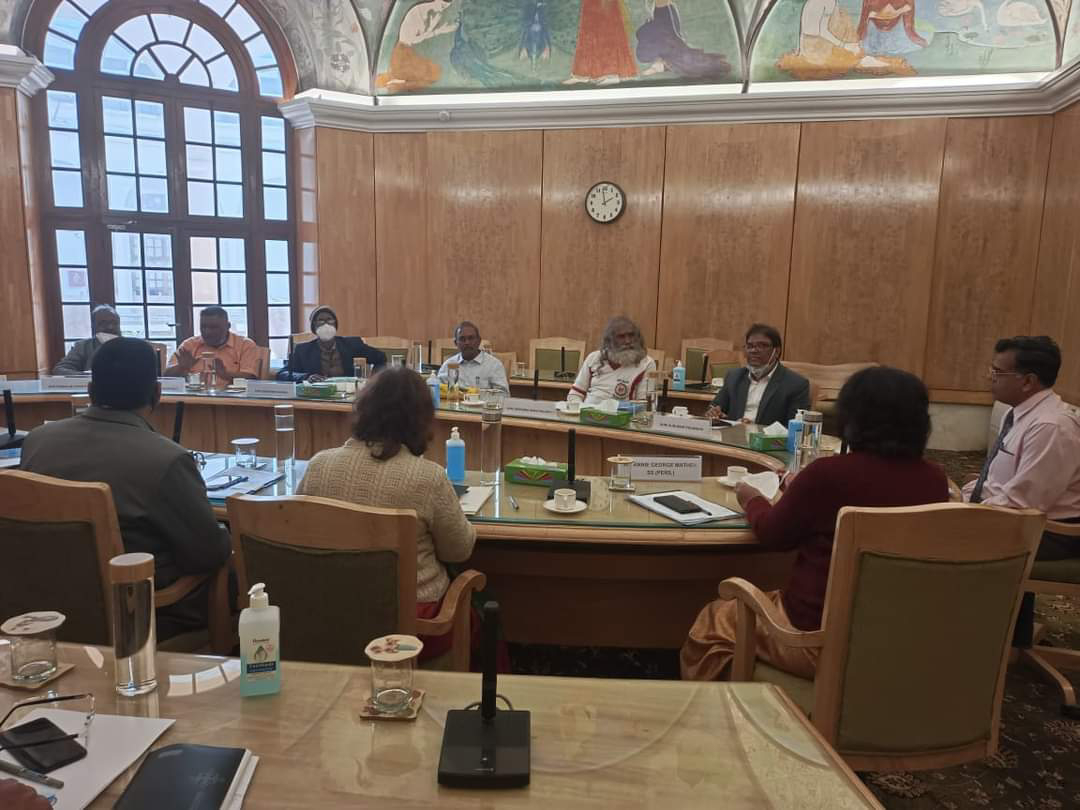