MINISTRY OF LABOUR AND EMPLOYMENT

177. SHRI M. SHANMUGAM: Will the Minister of Labour and Employment be pleased to state:

(b)if so, the demands of the stakeholders and the response of Government;

(c)whether Government would consider positively the hike in minimum pension for the EPF holders, in view of rise in the cost of living index and hike in wages;

(d)if so, by when it is expected to be announced; and (e)if not, the justifiable reasons for not increasing the minimum pension?

MINISTER OF LABOUR AND EMPLOYMENT

STATEMENT REFERRED TO IN REPLY TO PARTS (a) TO (e) OF RAJYA SABHA STARRED QUESTION NO. 177 TO BE ANSWERED ON 17.03.2022 BY SHRI M SHANMUGAM, HON‟BLE M.P. REGARDING “DEMAND TO INCREASE MINIMUM PENSION UNDER EPF PENSION SHCEME”.

(a) to (e): Representations have been received from various stakeholders to increase the minimum pension under the Employees‟ Pension Scheme (EPS), 1995.

The Employees‟ Pension Scheme (EPS), 1995 is a „Defined Contribution-Defined Benefit‟ Social Security Scheme. The corpus of the Employees‟ Pension Fund is made up of (i) contribution by the employer @ 8.33 per cent of wages; and (ii) contribution from Central Government through budgetary support @ 1.16 per cent of wages, up to an amount of Rs.15,000/- per month. All benefits under the scheme are paid out of such accumulations. The fund is valued annually as mandated under paragraph 32 of the EPS, 1995 and as per the valuation of the fund as on 31.03.2019, there is an actuarial deficit. Amount of member‟s pension under the Scheme is determined taking into account the pensionable period of service and pensionable salary as per following formula:

It is evident that the amount of pension is based on a predefined formula. However, the Government, for the first time, in the year 2014, provided a minimum pension of Rs. 1000 per month to the pensioners under the EPS, 1995 by providing budgetary support, which was in addition to the budgetary support of 1.16% of wages provided annually towards EPS to Employees‟ Provident Fund Organisation (EPFO).

Considering the demands of Employees‟ Pension Scheme (EPS), 1995 pensioners, the Government constituted a High Empowered Monitoring Committee (HEMC) for complete evaluation and review of EPS 1995. The Committee considered the issue of dearness allowance under EPS, 1995 and has recommended, inter-alia, that linking the pension admissible under EPS 95 with cost of living index is not feasible in view of actuarial position. 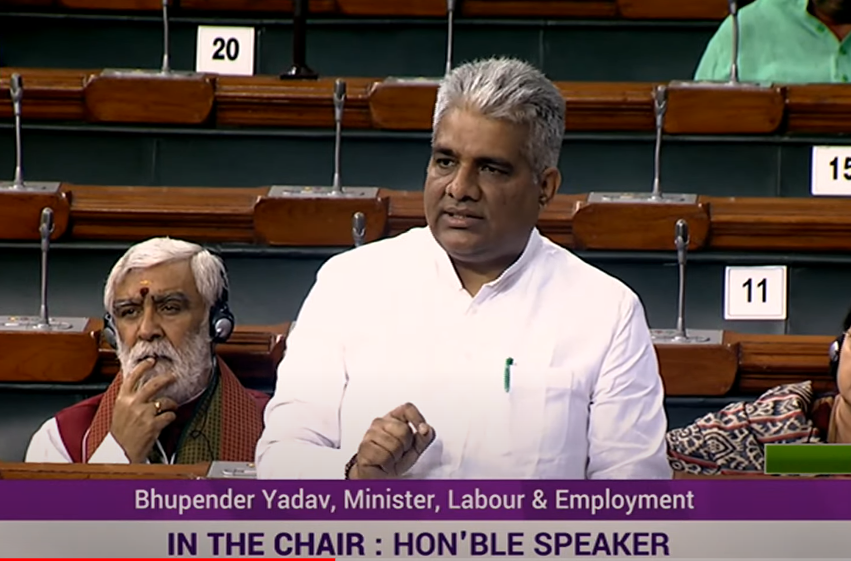