What could be the possible reason for decrease in Pensioners %:

1. Initially, EPFO had advertised in all the National Dailies by releasing full page ads clarifying that the Pension in EPS’95 is better than the Government of India Pension, where the pension is calculated @50% of last salary drawn whereas in EPS’95, the pension amount can be upto 60%. But after the decision of Supreme Court upholding this Scheme by its judgement dt 11-11-2003; EPFO imposed an illegal cut-off date (01-12-2004) for the submission of options which resulted into unpopularity of this Scheme encouraging the employees to withdraw their deposited amount instead of going for pension.

2. The Scheme became unattractive/non-beneficial after EPFO discontinued the facility of Commutation of Pension and Return of Capital w.e.f. 26-09-2008.

3. Employees faith on EPS-95 is reducing as EPFO started taking back the benefits on account of Deficit in Actuarial Reports.

4. If the EPS’95 Scheme is beneficial, the employees would have opted for Pension for their Social Security but the factual trend shows reverse of it.

6. Hence, there is decreasing trend in Liability whereas EPFO is falsely projecting increase in Liability at all platforms. 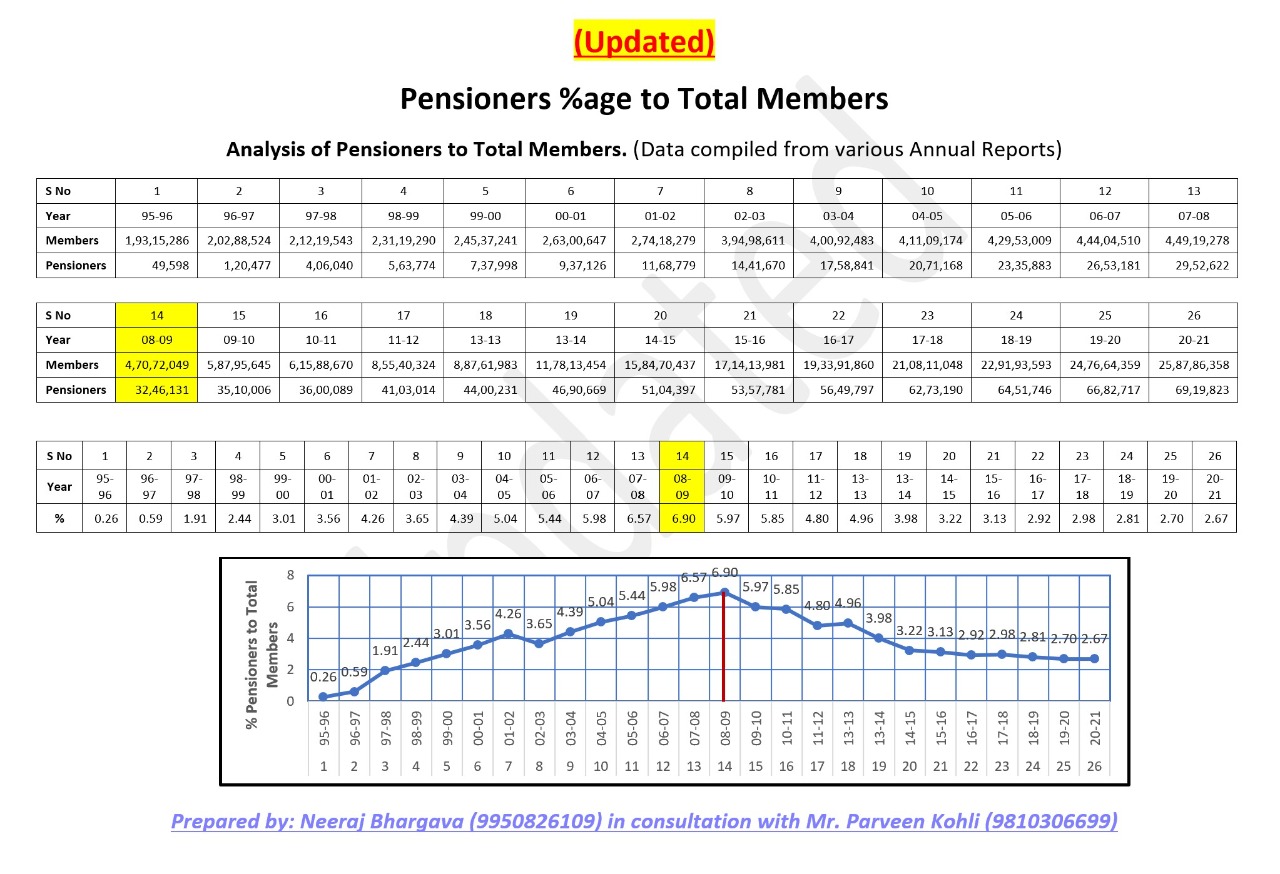