Agenda of 224th Meeting of CBT. Please read the complete document with special emphasis to Point Nos. 7 & 12. Extracts from the Pages 147-162 of the Agenda

These were perhaps introduced to make EPS, 1995 more attractive to a wider group of employees without detailed financial analysis regarding sustainability of the Pension Fund on long term basis.

The provision for contribution on higher wages is provided in Para 26(6) of Employees Provident Fund Scheme 1952, which reads as following.

“Notwithstanding anything contained in this paragraph an officer not below rank of an Assistant Provident Fund Commissioner may, on the joint request in writing, of any employee of a factory or the establishment to which this Scheme applies and his employer, enroll such employee as a member or allow him to contribute on more than (rupees six thousand and five hundred) of his pay per month if he is already a member of the Fund and thereupon such employee shall be entitled to the benefits and shall be subject to the conditions of the Fund, provided that the employer gives an undertaking in writing that he shall pay the administrative charges payable and shall comply with all statutory provisions in respect of such employee.”

8. After introduction of new benevolent provisions the Bill on Employees’ Pension Scheme, 1995 was passed by the Parliament also.

9. In the meantime, various petitions against introduction of Employees’ Pension Scheme, 1995 were filed in different High Courts and all cases were transferred to Hon’ble Supreme Court through Transfer Petition. The Hon’ble Supreme Court in the year 2003 decided the pending matters by upholding the validity of the Employees’ Pension Scheme, 1995.

11. Subsequently, considering the financial viability of the Employees’ Pension Scheme, 1995 based on various actuarial reports till then, the opportunity for giving option to contribute on higher wages on becoming member of the Employees’ Pension Scheme was stopped in the year 2004 vide circular No.Pen 4(38)/96/WB/59867 dated 01.12.2004. A clarificatory circular discontinuing acceptance of contributions on higher wage in Pension Fund was also issued vide communication dated 22.11.2006.

15. During the period 2004 to 2014 many cases were filed in various forums and High Courts, praying for payment of pension on higher wages by allowing to contribute on higher wages under the pension scheme.

16. On being aggrieved by the orders of the High Courts, EPFO appealed to the Hon’ble Supreme Court wherein the department filed 8 SLPs in series against the orders of Hon’ble Kerala High Court. The said SLPs were dismissed by the Hon’ble Supreme Court vide order dated 31.03.2016 (7 – SLPs) and dated 12.07.2016 (1-SLP) by bunching the SLPs. Some of the Writ Petitions filed against the stand taken by EPFO in this matter were as old as 2007, that is, immediately after issue of circulars for stoppage of option for contribution on higher wages. 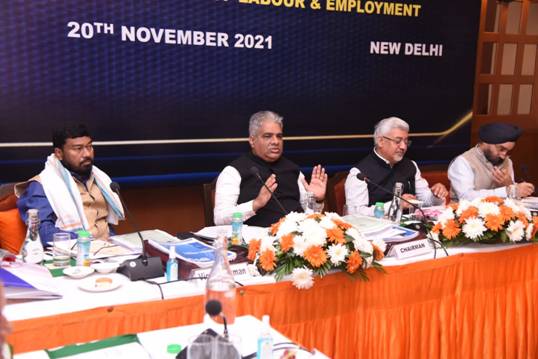