[A PETITION UNDER ART. 32 OF THE CONSTITUTION OF INDIA INTER-ALIA SEEKING QUASHING OF GSR 609 (E) DATED 22.8.2014 AS BEING ULTRA-VIRES AND UNCONSTITUTIONAL AND THE QUASHING OF EPFO CIRCULAR DATED 31.5.2017 AS HAVING BEEN ISSUED WITHOUT AUTHORITY OF LAW AND BEING ILLEGAL AND FOR ENFORCEMENT OF THE EPFO CIRCULAR DATED 23.3.2017 DECIDING TO GIVE OPTION TO ALL MEMBERS OF PENSION SCHEME TO OPT FOR PENSION ON HIGHER SALARY; INTEREST ON ARREARS OF PENSION AND ADJUSTMENT OF PF DIFFERENTIAL AMOUNT RETURNABLE WITH ARREARS OF PENSION RECEIVABLE.]

It is, therefore, respectfully prayed that this Hon’ble Court be pleased to:

(b) declare the impugned action of the Respondent No.1 vide circular dated 31.5.2017 as being unconstitutional, without authority of law and violative of Art. 14 of the Constitution of India;

(c) issue an appropriate writ, order or direction in the nature of Mandamus directing the Respondents to implement their decision vide circular dated 23.3.2017 issued pursuant to decisions taken in EDU meeting dated 08.12.2016, CBT meeting dated 19.12.2016 and Respondent No.2’s approval vide letter dated 16.03.2017 to provide relief to all employees/members of the Pension Scheme, 1995 in accordance with the Judgement of this Hon’ble Court dated 4.10.2016 in the case of R.C. Gupta &Ors vs Union of India & Ors. and without discrimination under the Pension Scheme;

(d) issue an appropriate writ, order or direction in the nature of Mandamus directing the Respondents to pay interest on the arrears of pension being paid to the employees equivalent to the interest charged for refund of the differential PF amount to the Pension Fund;

(e) alternatively, issue an appropriate writ, order or direction in the nature of Mandamus directing the Respondents, while calculating the PF refundable and the arrears of pension payable, to make appropriate adjustment of the same and call upon the employees to pay only the differential amount;

(g) issue such other appropriate writ, order or direction as this Hon’ble Court may deem fit and necessary in the interest of justice. 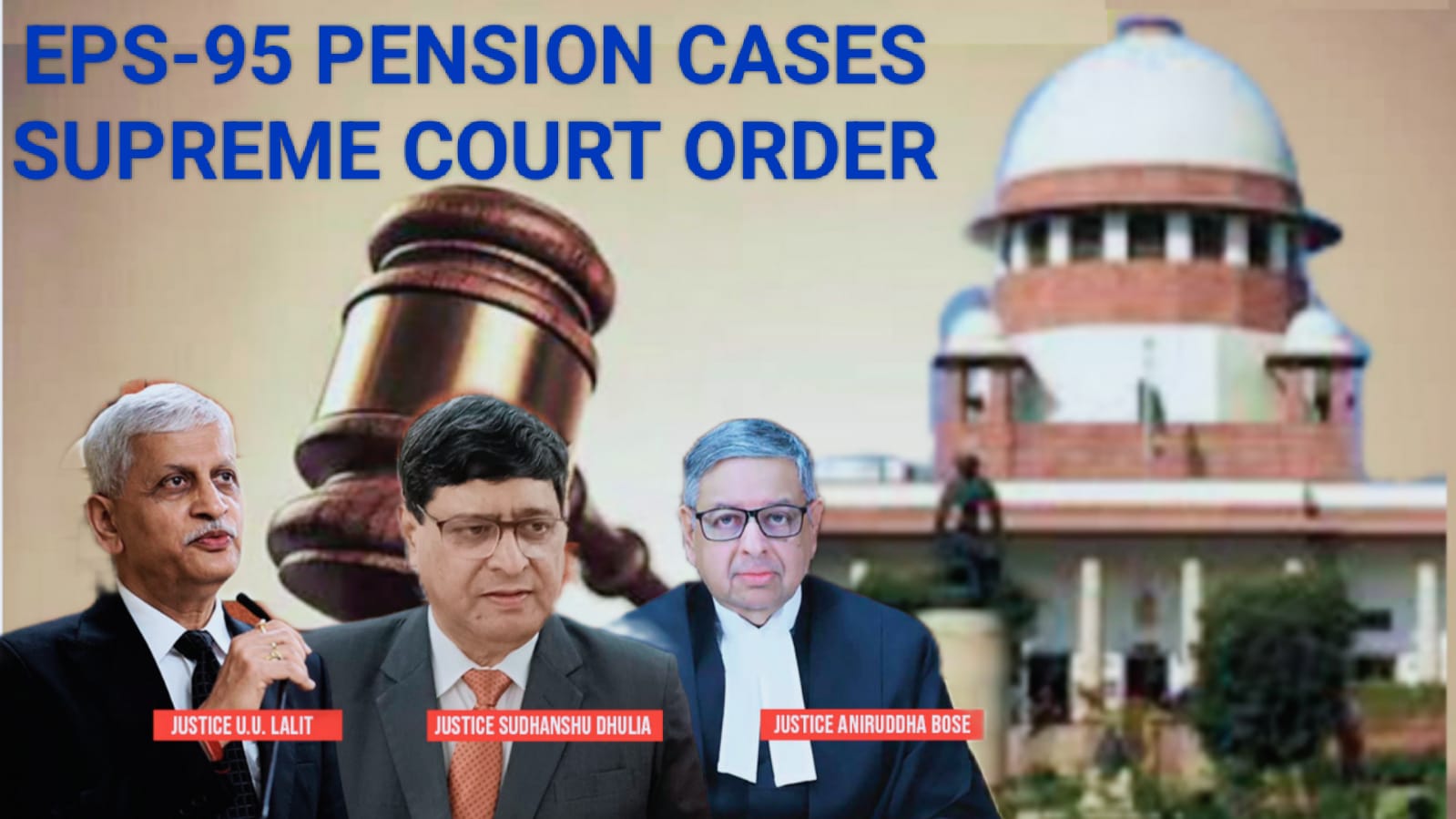