Union Labour and Employment Minister Shri Bhupender Yadav said that the New Labour Code will help in creating an Aatma Nirbhar Bharat. Addressing a seminar on ‘Implementation of Labour Laws’ organised by National Institute of Personnel Management (NIPM) in Pune, Shri Yadav said ‘The rationale behind the New Labour Law is enhanced industry productivity, competitiveness and sustainability of enterprises and contribution to national development and dignified life of our workers’.

Union Minister Shri Bhupender Yadav said that the New Labour Codes aim to create a litigation-free society and thus empower common citizens. He said ‘there should not be needless criminalization, so we have rationalized old laws and considered occupational safety and wage standards to ensure fair wages for both men and women’.

Addressing the seminar, Union Labour and Employment Minister informed that 29 different Acts have been merged into four Labour Codes, namely Industrial Relations Code, Wages Code, Occupational Safety Code and Social Security Code. He said, ‘The new Labour Code has been made considering the new labour market through a system of structured wages’. He added ‘PF enrollment and GST collections are going up which shows a progression from informal to formal sector; this is a very positive development’.

Shri Yadav said that the new labour market involves not just manufacturing, but also gig / platform workers. ‘This category of workers too has been given a legal status which shows the foresight of the Government led by Prime Minister Shri Narendra Modi’ he said.

Gig workers – those engaged in livelihoods outside the traditional employer-employee arrangement – can be broadly classified into platform and non-platform-based workers. Platform workers are those whose work is based on online software apps or digital platforms. Non-platform gig workers are generally casual wage workers and own account workers in the conventional sectors.

Shri Yadav further said that New Code expands social security to both organized and unorganized workers Code. He said ‘It also provides for registration of unorganized workers’. ‘We have registered 28 crore unorganized sector workers on eShram Portal in 7 months through 4 lakh Common Service Centres’, he added.

To ensure higher participation of women in workforce, the Government has eased restrictions for women’s participation, including night shifts. He said ‘Remote working should make it easier for women to work, they should get maternal and medical benefits as well’.

He also informed that the Government is conducting surveys on migrant workers and on domestic workers. He said ‘We are trying to ensure payment of timely and minimum wages to all’. ‘We also seek to provide wages which will ensure a dignified and minimum standard of living to workers’, he added.

Shri Yadav informed that the Government has provided insurance cover to all workers.  He said ‘We have decided to set up Centres to address the problem of occupational diseases.’ ‘Social security protection will be now be applicable to self-employed and other classes of workers as well’, he said.

Union Labour and Employment Minister said ‘We have linked ESIC with National Health Mission so that Ayushman Yojana beneficiaries too get the benefit of treatment under ESIC hospital system’. 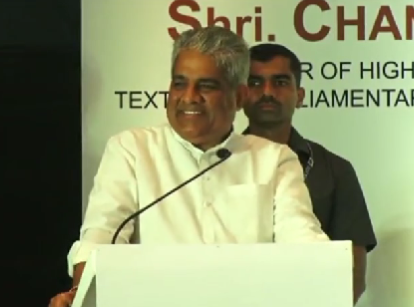