At this fag end of the life average pension of pensioners comes around Rs 1392.He also mentioned that percentage of pensioners who are coming under the category of higher ceiling limit is very less and gave authentic data also to substantiate his point.Mr Shankaran Narayan mentioned that around 24,600 numbers are amended pension receivers  and their old pension expenditure was around Rs.Five crore which now comes around Rs15 Crore and at present average monthly pension in higher brackets difference  comes around Rs 9,000 which is far away the monthly pension data of exaggerated Rs.1 lakh 37 thousands per month figure given by EOFO.

Friends due to audible problem data mention here may differ what actually mentioned in the court. Mr Shankar Narayan mentioned before Hon’ble court that all administrative and legal expenses were borne out of Corpus which belongs to pensioners and simultaneously earning hundreads Crores of  rupees on the account of inspection charges of exempted trust whereas pensions is only paid through the portion of interest earned on this Corpus and not even a single penny is touched out of base Corpus which is increasing gradually.

One can not rely on acturial report done by Pvt party on the basis of those pensioners whose pensions comes on higher bracket.

Mr.Padmanabhan a lso argued on benalf of Nelco pensioners and by quoting relevant section of Act spoke that there can not be any discrimination between exempted and Non exempted trust pensioners.Mr Bhatnagar another lawyer brought flaws of 22.8.2014 amendments before court citing example of A and B employees joined on same day and same post and B being a younger and also contributed more with longevity of service period will receive less pension which is not at alk justified.

Another learned lawyers said that option of pensioners on higher salary were denied by EPFO even upto the date of their retirement day and moreover the circular of cut off date was not given proper publicity.He also mentioned a figure of around Rs 40,000 crore as surplus fund lying with EPFO.

Another learned lawyer cited the relevance of Article 21 of constitution and also cited Hon’ble Supreme Court earlier Judgement that pension is not a bounty but it is for giving dignified life at the fag end of the life.It has also been mentioned that under section 26(6) of Act everyone by virtue applied for option and as it is not required even as per section 11(3).Only question is remittance of fund and now pensioners are willing to remit it along with interest.

Pensioners time is now over and tomorrow EPFO/GOI lawyers will give their submission. Friends undersigned tried its best to give the account of proceedings before Hon’ble Supreme court despite facing audible problem.One thing undersigned as per observation can say the Bench of judges is very open and receptive and had understood the law point with regard to pensioners interest and  with the blessings of we can hope justice despite the fact that no one can predict and read the mind of Hon’ble judges .With Best Wishes.Hope for the best. 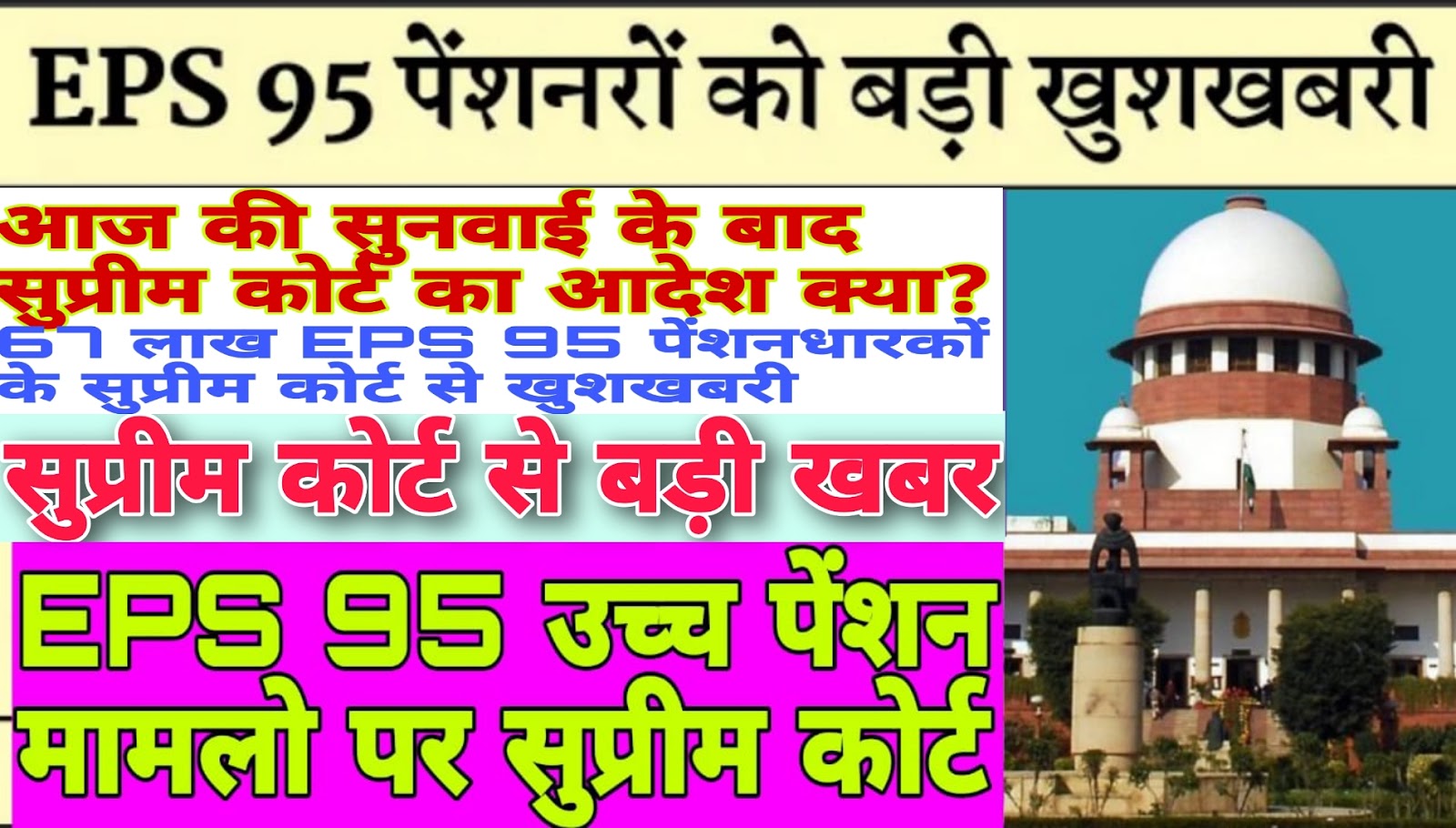