THE MINISTER OF STATE OF THE MINISTRY OF LABOUR AND EMPLOYMENT (SHRI BANDARU DATTATREYA):

Hon. Chairperson, Sir, at the outset, I would like to commend the hon. Senior Member Shri N.K. Premachandranji for raising  his valid concerns through this Private Members’ Resolution. There are particularly a large number of employees provident fund pensioners and subscribers. The issue raised by Shri Premachandranji is about this pension scheme. This pension scheme has been framed under the Employees Provident Fund (Miscellaneous Provisions) Act of 1952. Now, this is totally administered by our EPFO and our Ministry.

First of all, I wish to assure this august House that concerns raised in the Private Members’ Resolution have been receiving sympathetic consideration in the Government. I would like to inform this House that the EPFO and the Ministry of Labour and Employment have been receiving a large number of representations from individual pensioners of PPS 1995 as well as from many associations about introducing the benefits of commutation and return of capital which are available under this scheme.

About the important points raised by Shri Premachandranji, the first point relates to restoring the benefit of commutation and return of capital to the employees provident fund pensioners.  The second point is about providing pension to the beneficiaries of employees provident fund pension on the basis of average salary of 12 months immediately preceding retirement. The third point is about ensuring payment of full pension to pensioners after realization of full amount of commuted pension as per the Employees Pension Scheme of 1995. Another issue was about increasing the minimum pension to Rs.3000 per month under the EPF Scheme of 1995. Another issue was about implementing the welfare scheme of pensioners including housing, utilizing the unclaimed provident fund amount of Rs.27,000 crore.  These are the major concerns of the hon. Member.

I want to put the matter in perspective. Pensioners under EPS 1995 earlier had the provision of taking benefit of commutation as well as return of capital. Under commutation, the member could opt to commute up to one third of his pension so as to receive an amount equivalent to 100 times of the commuted value that was paid lump sum at the time of  credit itself. Under the benefit of returned capital, the member had three options to receive certain sums of money in lump sum in the event of certain eventualities by preferring to receive resumed pension to avail these benefits. EPS 1995 did not have any provision for restoration of commuted value of the pension because these provisions were withdrawn in 2009 at a time when the fund valuation over several years had shown a large deficit. That is why it had become necessary to arrest and curtail the deficit and this commutation has already been deleted vide notification No. GSR.NO.688/E dated 26/9/2008.

Sir, the demand of the Members for pensioners for the restoration of the commuted value of pension has been based on the premise that since a value of 100 times the commuted amount of pension was given upfront, the pension should be restored after 100 months as the amount so paid is recovered through monthly deductions in that period of 100 months. However, the principle that had been adopted for commutation in the provisions of EPS 1995, which is self-funded contribution scheme, was that the commuted amount that is paid upfront is in the nature of payment of a portion of core corpus. Therefore, the amount of reduced pension was not restored and continued for life. The actual valuation of the fund was also carried out. Accordingly, the restoration of commuted value was considered in such valuation.

When the valuation took place, on 16/11/1996 the surplus was Rs.1,689 crore. When it came to second year and third year, it had come from plus to minus. In 2008 it had become Rs.54,203 crore minus. Again in 2009 it has increased to Rs.61,608 crore. After 2009, the recent actual surplus has come on 31st March, 2015 to Rs.5,026 crore 87 lakh surplus. That is why now it is in surplus condition. So, in our Central Board of Trustees meeting we reconsidered the matter after consultation with the Actuary who has worked out a cost-neutral commutation factor for future cases which involves restoration of commuted value of pension after 15 years. However, the restoration of the commuted value in respect of the pensioners who had availed commutation earlier involves a financial impact of approximately Rs. 750 crore. That has to be absorbed in the fund. Based on this, the Central Board of Trustees has recommended the re-introduction of the provisions of the commutation as well as the restoration of commuted value of pension under Employee’s Pension Scheme 1995 after 15 years. This proposal involves financial implication and the matter including the necessary amendment in Employee’s Pension Scheme 1995 is being considered by the Government. The restoration of the benefit of return of capital was not found to be financially viable. Hence, it was not recommended by our Board of Trustees and we have not considered it further.

As regards determination of pension under Employee’s Pension Scheme 1995 on the basis of 12 months’ salary immediately preceding retirement, I would like to inform that the pension is presently determined based on the average of 16 months’ salary prior to the exit of the employee.  The Ministry of Finance has advised to rationalize it. So, the Government has recently made amendment to the Employee’s Pension Scheme 1995 and introduced provision of minimum pension that is Rs. 1,000 per month.  Earlier the pension was Rs. 30, Rs. 80,  Rs. 200 and Rs. 250. But we have taken a decision that the minimum pension should be Rs. 1,000. To give the benefit of the minimum pension of Rs. 1,000, the Government of India is now providing  Rs. 825 crore annually and this is also in perpetuity.

The Employee’s Pension Scheme 1995 is a contributory scheme where the obligations of all the payments are met from the assets of the fund only and the Government is not required to finance any payment obligation. That is why accepting the request for increasing the minimum pension to Rs. 3,000 per month is not possible without compromising the financial viability of the scheme. However, as a Minister, I have directed that a complete valuation of the Employee’s Pension Scheme 1995 be done. I will see to it that a high-powered monitoring committee is formed and I will take the cooperation of our hon. Members to have a complete review of the scheme.

With regard to EPFO, a person can withdraw up to 90 per cent of the balance in his account.   Within two years we will have a housing scheme which will cover 10 lakh workers.

With regard to the Employees Deposit linked Insurance Scheme, EDLI, we have increased the maximum amount from Rs.3.5 lakh to Rs. 6 lakh and the minimum amount from Rs.0 to Rs.2.5 lakh.  This is a new initiative which our Ministry and EPFO have taken.

Shri Premachandran was asking about the health of the workers.  Health of workers is our top priority.  We are going to cover retired pensioners also.   In association with the ESIC we are going to formulate a medical benefit scheme for all the pensioners who are EPF members also.  This will be a contributory medical benefit scheme.  Its details are being worked out.

HON. CHAIRPERSON :  Are you happy with this, Shri Premachandran?

SHRI BANDARU DATTATREYA: We are providing pension to 59 lakh pensioners in the country out of which 23,23,148 pensioners have been Aadhaar seeded.  Now, disbursement of pension will be done by core banking system.  We will issue instructions to all the field officers to ensure that on the first working day of the month pension is credited in the pension accounts only.  All the nationalized commercial banks HDFC, ICICI, Axis bank, our nationalized banks and all the post offices allover India can also avail this.

Hon. Prime Minister has announced the Pradhan Mantri Rojgar Protsahan Yojana. Under the said Yojana, the Government of India will be paying the 8.33 per cent of PF contribution of the employer which would be an incentive for the employers for creating new jobs. For that, Rs.1000 crore have been provided in the Budget. With this, the employment generation will be taken care of.

Then there are two more important things which I would like to mention. We have started portability through the Universal Account Number (UAN). With this Universal Account Number, if a worker shifts to another factory or another area, he can transfer the funds lying in their previous accounts. We have issued around eleven crore UAN numbers. These are some of the many initiatives which have been taken and which I wanted to mention here.

I have taken note of the valuable concerns raised here.  I have taken many new initiatives. I have also gone through them with a positive frame of mind. Now 2-3 things are under active consideration.  Around 25-26 hon. Members have taken part in this discussion and have given many suggestions. I will keep these things in mind. The pensioners should get justice because retired people need more incentives.

HON. CHAIRPERSON : Now, Shri Premachandran Ji has a right to reply. My time is over, so I will request Shri Suresh C. Angadi to take the Chair. 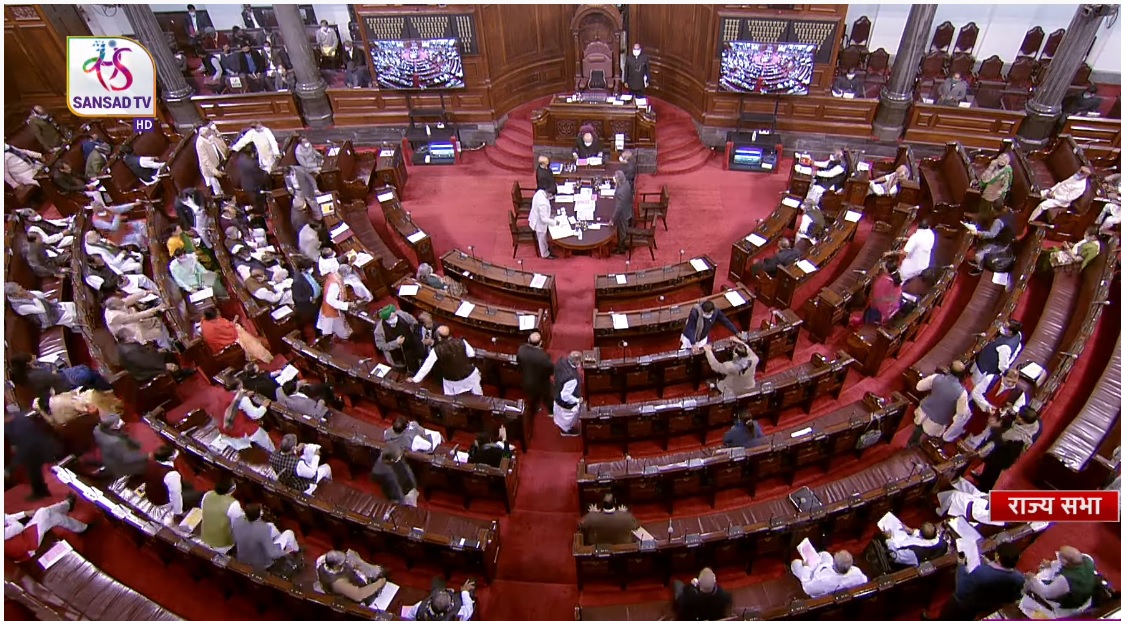