The  meeting was called for the implementation of the resolutions passed in the national convention and CWC at Shirdi. Meeting held under the chairmanship of National Vice President Shri KS Tiwari ji.

The  proposed nation wide agitation was discussed in details as to  – what can be done for the extention of Delhi fast / agitation  and organization thereof – Clear cut  thoughts were discussed on these points.

All the leaders called for the expansion and further strengthening of the organization in their respective areas , such as to hold monthly meetings, to enable and extend  the Mahila Front, to take membership of the NAC and to make the nation-wide- Chalo Delhi movement a success by declaring

EPS 95 Pensioner shall win or shall die.

NAC leader Shri Tapan Das in his speech proposed to organize some special country wide program on the auspicious occasion of 6th foundation day of NAC on 6th June 2022, which was welcomed by everyone with clamor and requested to send it to the NAC Chief for approval.

National Secretary Shri Om Shankar Tiwari ji  in his speech reiterated the resolve to tour all the mandals in Uttar Pradesh and appealed  everyone to follow strict organizational discipline which promotes unity.  Also, he elaborated as to  how the organization was brought to this point and stage by regourous efforts etc.

Women’s Front leader Smt. Geeta Verma, while addressing the gathering, resolved to strengthen the NAC  Women organization and cooperate in all the possible ways.

Under the able and honest leadership of the  NAC Chief Commander Ashok Raut ji, NAC leaders awakened all the pensioners of the country, gathered them and they all  fought  for the last 6 years. They carrying forward the work of expansion of the organization, today the organization has reached at  this point where we are very near to success.

He appealed for everyone’s cooperation for the organizational  expansion.

National General Secretary Shri Virendra Singh ji  Rajawat while glorifying the work of Uttar Pradesh team said that we are cognizant of the condition of pensioners, rising mortality rate and the prevailing anger of pensioners towards the cruel and unjust EPFO.

Permanent smile on the faces of 67 lakh pensioners  is the only goal of NAC and that is why our well wisher Hon’ble Mrs. Hema Malini ji is also making special efforts at her level.

As far the Nation wide agitation, he said  – Let us all be ready for Delhi hungar strike.

This agitaion will be announced by the Honorable NAC Chief Commander Ashok Raut ji at the appropriate time.

In the end, he appealed to the Government through this meeting that by accepting our 4-point demands without delay,and  we should not be  forced to intensify the agitation unnecessarily.

Giving information about the successful national convention of Shirdi, President of the Assembly and National Vice President of NAC, Shri KS Tiwari ji said that now we are not alone, the whole country is standing by  you and in this our National President Honorable Commander  Ashok Raut ji has a special role.

Along with an appeal to effectively follow the forthcoming programme which would be  announced by the Honorable NAC Chief, the nationwide agitaion- Delhi Hungary strike  etc.

The program was organized and the audience was thanked by Shri Rajiv Bhatnagar ji. 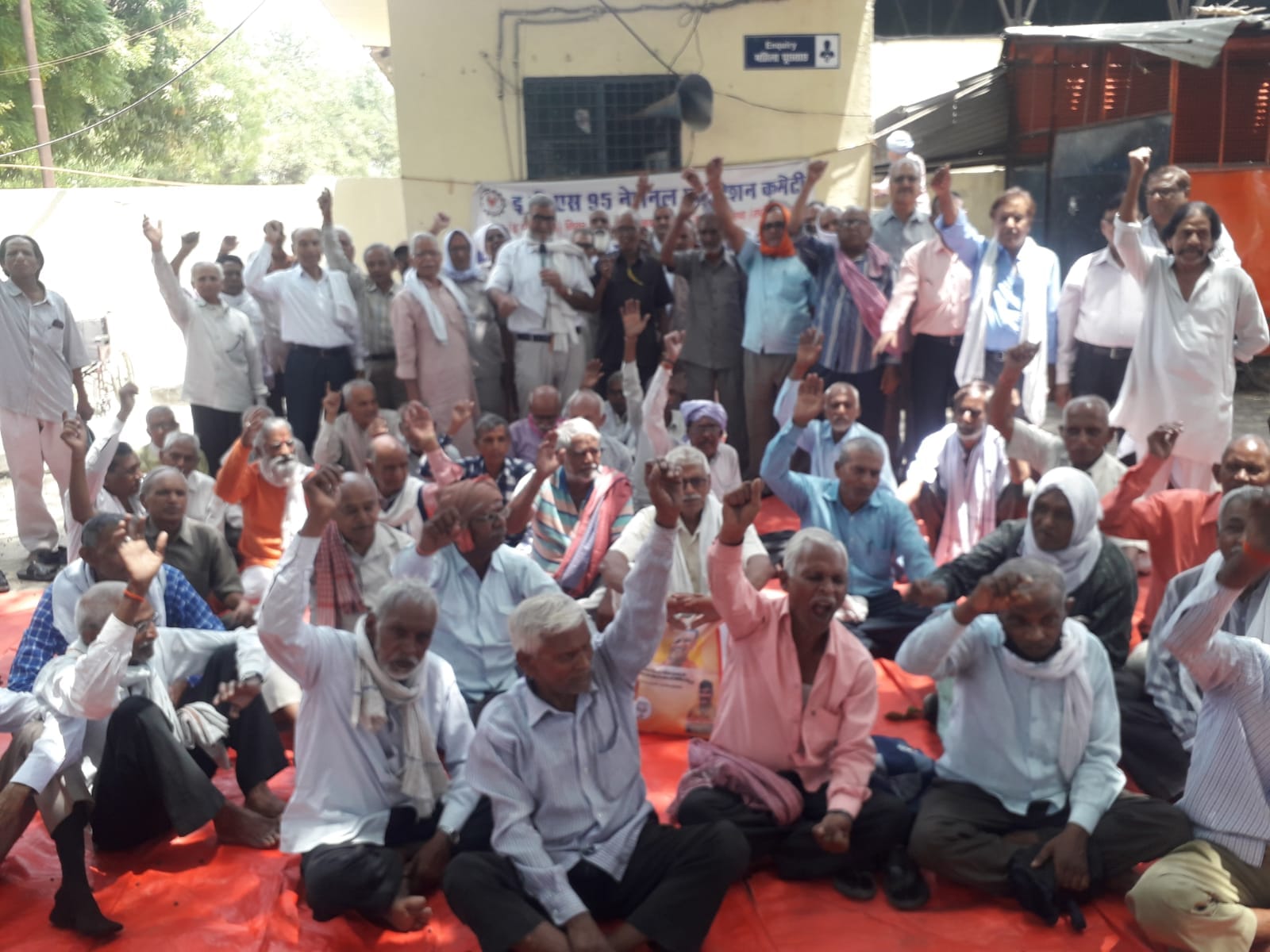 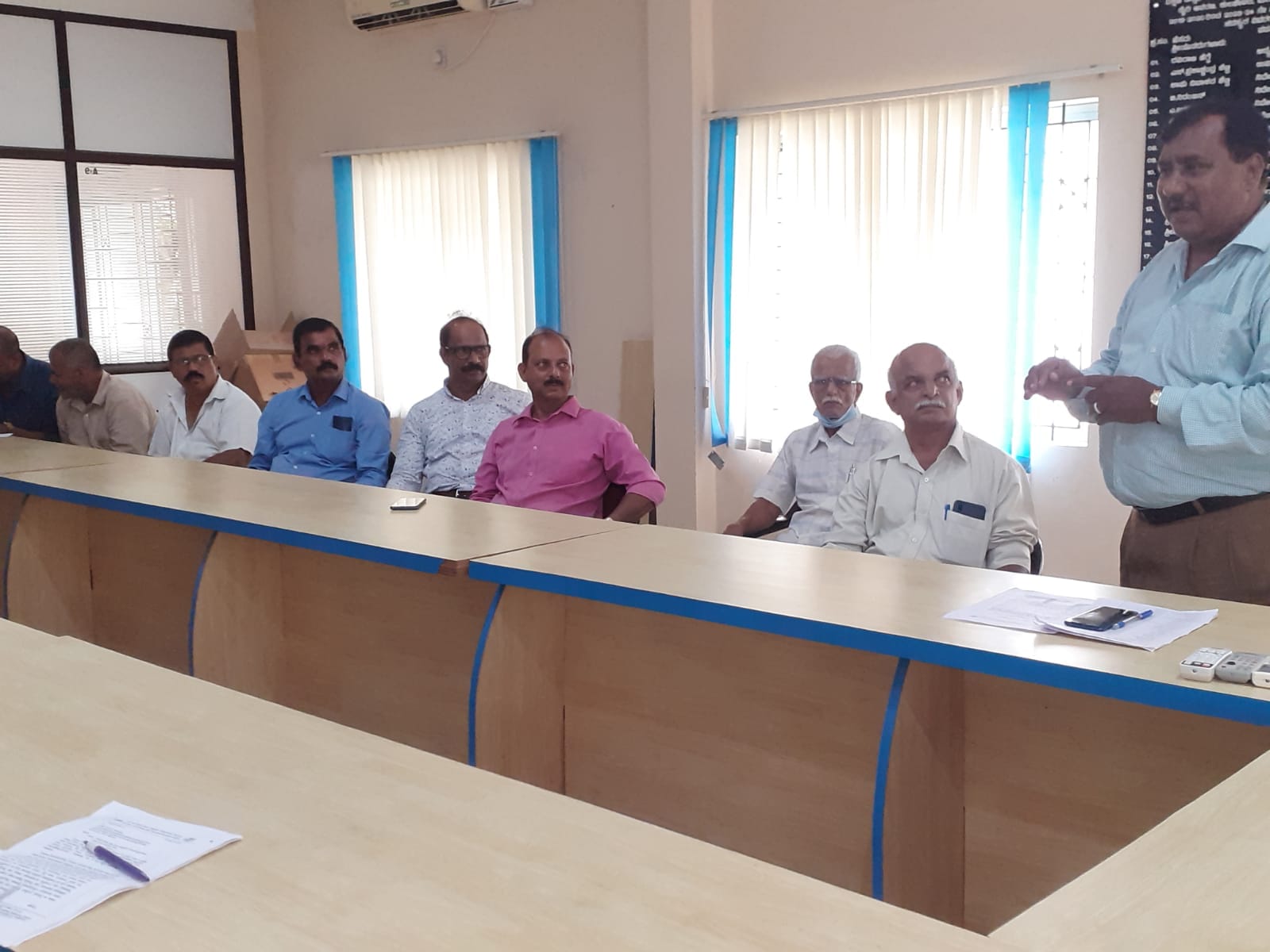 Request regarding decision to increase the adequate minimum pension of non-beneficiary EPS 1995 pensioners having higher pension on actual pay/service.