ITEM NO.22 COURT NO.8 SECTION XII
SUPREME COURT OF INDIA
RECORD OF PROCEEDINGS

THE SECRETARY TO GOVERNMENT & ANR. Petitioner(s)

UPON hearing the counsel, the Court made the following

At the outset, it is required to be noted that as such the State ought not to have filed the present Special Leave Petition. Despite the fact that the issue with respect to entitlement of pension by the respondent was concluded up to this Court, still thereafter, the State had an audacity to contend that the respondent was not entitled to pension.

Once the issue was concluded up to this court that the respondent is entitled to pension, thereafter, it was not open for the State to again contend post 2009 when the arrears were to be paid that the respondent is not entitled to pension. The aforesaid stand is just in teeth of order passed by this Court. In that view of the matter, there is no substance in the present Special Leave Petition, the same deserves to be dismissed and is accordingly dismissed with an exemplary cost, which is quantified at Rs. 5,00,000/-.

The cost of Rs. 5,00,000/-, to be deposited by the State within a period of four weeks from today with the Registry of this Court and on such deposit, the same be transferred to the Mediation and Conciliation Project Committee (MCPC), Supreme Court of India

We have imposed the cost in the present matter to send a message to the concerned stakeholders that to file such frivolous litigation in the Courts and wasting the Court’s time would entail such consequences.

Pending applications shall stand disposed of. 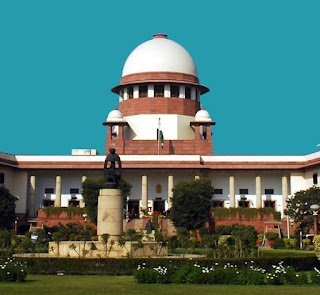