The major logic in favour of scrapping the Amendment of 2014 is that none of the employees (pre- or post-September 1, 2014 retirees) had originally joined the scheme (eps95) which envisaged the basis for calculation of pensionable salary on the newly adopted criteria of average of 60 months’ last drawn monthly salaries. When joining the scheme was mandatory for all, the pension management authority cannot change rules of the scheme without giving options to the existing members who had joined scheme prior to the date of amendment. Normally any new rule that comes in the life of a financial scheme affects its participants who join the scheme after the new rule is framed.

The new rule is made optional to those who joined the scheme before the adoption date of the new rule. In the instant case, although increasing the ceiling of pensionable salary from 5000 to 6500, from 6500 to 15000 and from 5000/6500/15000 to Actual Full Salary was on an optional basis but the changes made in pensionable salary calculation was made applicable for all retirees post dated 31.08.2014 even though they joined the scheme pre 01.09.2014 dated time. In my opinion with my little knowledge of law, the same practice is violation of ‘Tort Law’, which is taught to the students of law at their entry level to a law course.

The issue was taken up and analyzed threadbare by Kerala HC before being convinced about its adverse effect in some practical situations. The HC had, only after getting fully convinced, quashed the unethical basis of new rule while announcing its judgement. As reported, during the last occasion of SC Hearing on 10th August 2022, a Learned Senior Advocate brought the flaws of Amendments of EPFO dated 22.8.2014 to the notice of the Hon’ble SC 3-J Bench citing example of two employees namely ‘A’ and ‘B’ who had joined on the same day and in the same post but ‘B’ being a younger though contributed more with more length of service period would receive less pension as compared to ‘A’ in a particular situation. Such a case might have occurred in many other cases namely from ‘C’ to ‘Z’ ….. The same outcome may be legally OK in the eye of law as per the validated new rule of the amendment, but the same is very very much far from Justice in the eye of a Natural Justice System.

However, there are some positive sides also in the latest judgement of Hon’ble SC. While considering a review petition, I hope that our legal team will take due cognizance of all such issues. There is one more contentious issue, which I think, we should raise before Hon’ble SC. Given the latest verdict, majority of those retired population who are allowed to get the benefit of pension on the basis of enhanced pensionable salary above the limit of ₹15000 capping, will find themselves very very hard pressed to arrange the required fund to be deposited as arrears payment of subscription plus interest to the EPFO.

As a matter of fact, I may assume that many eligible beneficiaries will fail to reap the benefit from the verdict. To them the saying “a justice delayed is a justice denied” is going to come true like an irony. And above all the same irony of misfortune is not their faults. Can we expect from the judiciary that they may look into this side of practical problem of the execution of the verdict? The suggestion is simple, which doesn’t necessitate a legal luminary to plead for it. It needs only a human to rise within us. Accordingly, EPFO should make an accounting internal adjustment between the two reversible arrear payments between eligible pensioners and EPFO. 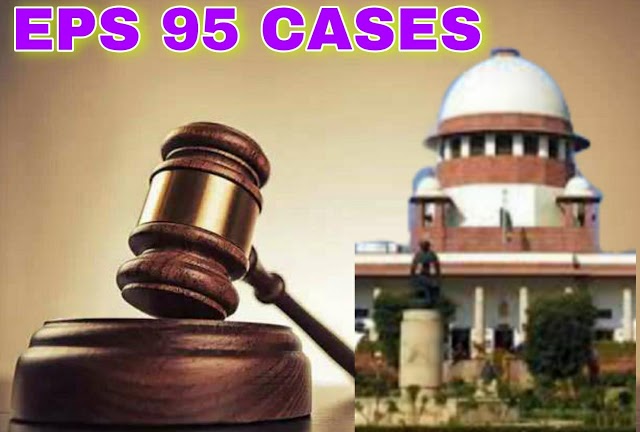