Thousands of EPS 95 pensioners of Aurangabad city and around showed unity and discipline by being present directly at the venue.

EPS pensioners held a meeting at the venue itself. Demonstrating vigorously, public anger and sentiments were effectively conveyed to the honorable ministers. After a while, The Hon Minister invited the delegation of NAC for discussion.

Keeping our side effectively said that – our pensioners are dying day by day, that’s why. Now, therefore,it is not the time for discussion, now you have to accept our demands Hon. Labor Minister said that- On this subject, we have discussed in detail with your NAC president and central leaders and told them that we are doing your work, expediting it and the process is going on.

The above statement of the hon’ble Labor minister did not satisfy the delegation. The delegation wanted that the Honorable Minister should give a time limit.

After some time, when both the ministers started leaving the meeting house, they came in between the pensioners and re-assured the pensioners. NAC Aurangabad team’s program to pressurize the Government to approve the demands of pensioners without delay was successful and NAC Aurangabad team has proved by today’s performance that you cannot go ahead by crossing EPS pensioners unnoticed, you should justify them. Demands have to be accepted. Also proved that -Everywhere- NAC is there

It may be noted that the Hon Union Labor Minister was on a tour of Aurangabad city on 30.09.2022.
Hon Shri Bhagwat Karad ji, Union Minister of State for Finance helped, Special thanks to Shri Sanjay Kenekar, Maharashtra State Secretary BJP and BJP leaders of Aurangabad district for supporting our demands.
Hundreds of salutes to the NAC Aurangabad team / Women’s Front 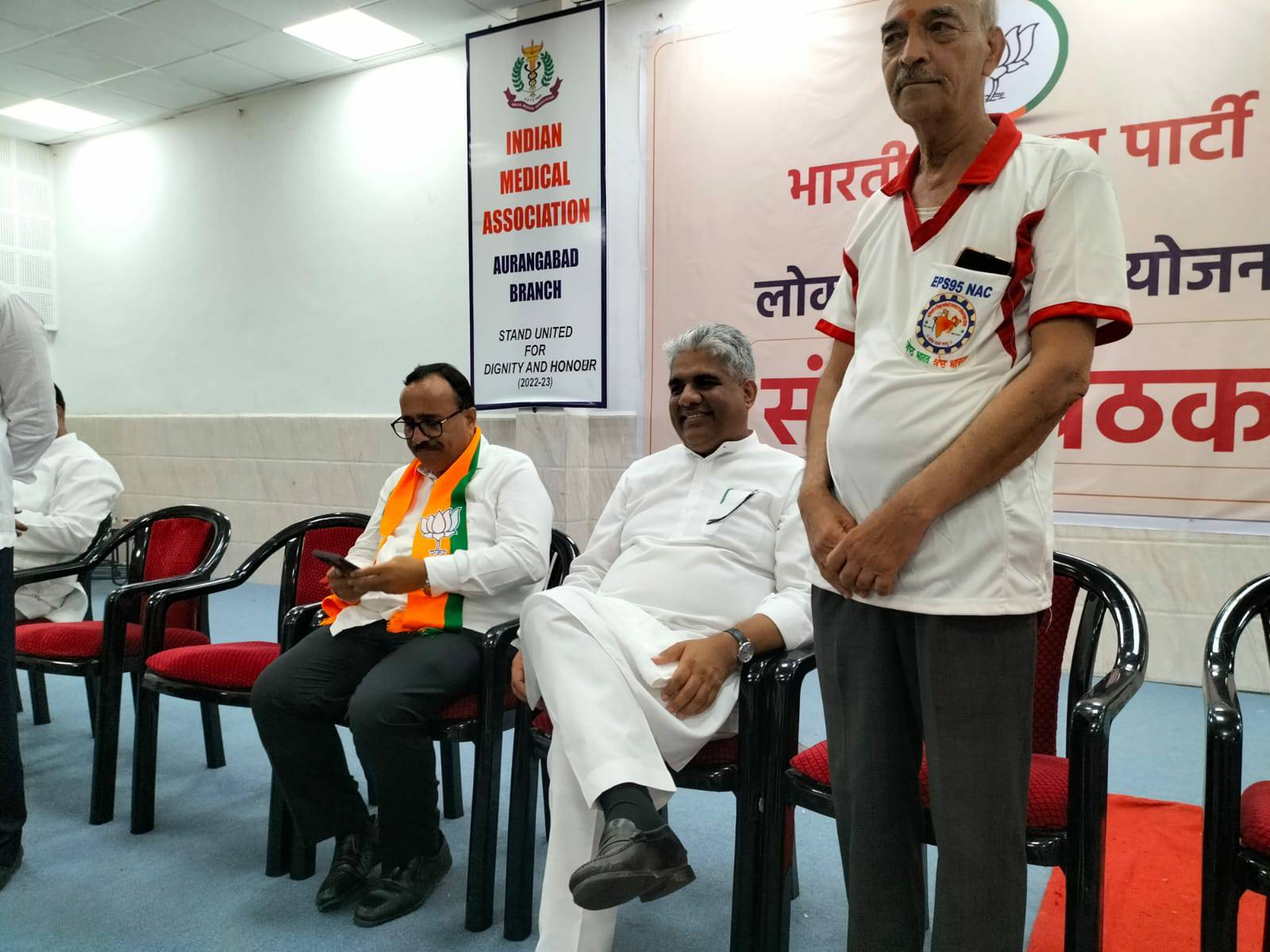